Isaura, a young Mozambican girl, discovers an ancient talisman that gives her the power to communicate with turtles and embarks on an adventure to reconnect humans with nature.

The show centers around Isaura, a resilient and resourceful girl living in a coastal village in Mozambique. After risking her own life to save a turtle, she is rewarded with a powerful and ancient talisman that allows her to breathe underwater and communicate with turtles. As bearer of the Talisman, Isaura becomes the first human guardian in centuries entrusted with protecting the ocean and restoring the connection between humans and animals.

Environmental devastation and climate change are, arguably, the most pressing issues of our time and at the forefront of these issues are those that stand to be the most affected - children. The show’s strong environmental and conversation message centers around a child protagonist and will resonate with contemporary audiences.

Unlike other quest stories, Isaura is not the “chosen one” but rather a young protagonist actively shaping her destiny through her own choices as well as influencing her peers to join her quest as the series progresses. The show will speak to children and inspire them to be part of creating a brighter future no matter how small or insignificant they think they are.

The show is unique in that the protagonist is from Africa, a continent whose inhabitants (especially women and children) are perceived and depicted in the media as victims, whether it be of poverty, war or environmental devastation. Isaura will the first animated show with an environmental message at its heart, featuring a female, African hero.

We are in discussions with platforms, distributors and independent funding partners. The next step would be to finish the writing phase before moving into production.
‍
Please reach out via mail to find out more.

Quick look at some of the art direction and design. 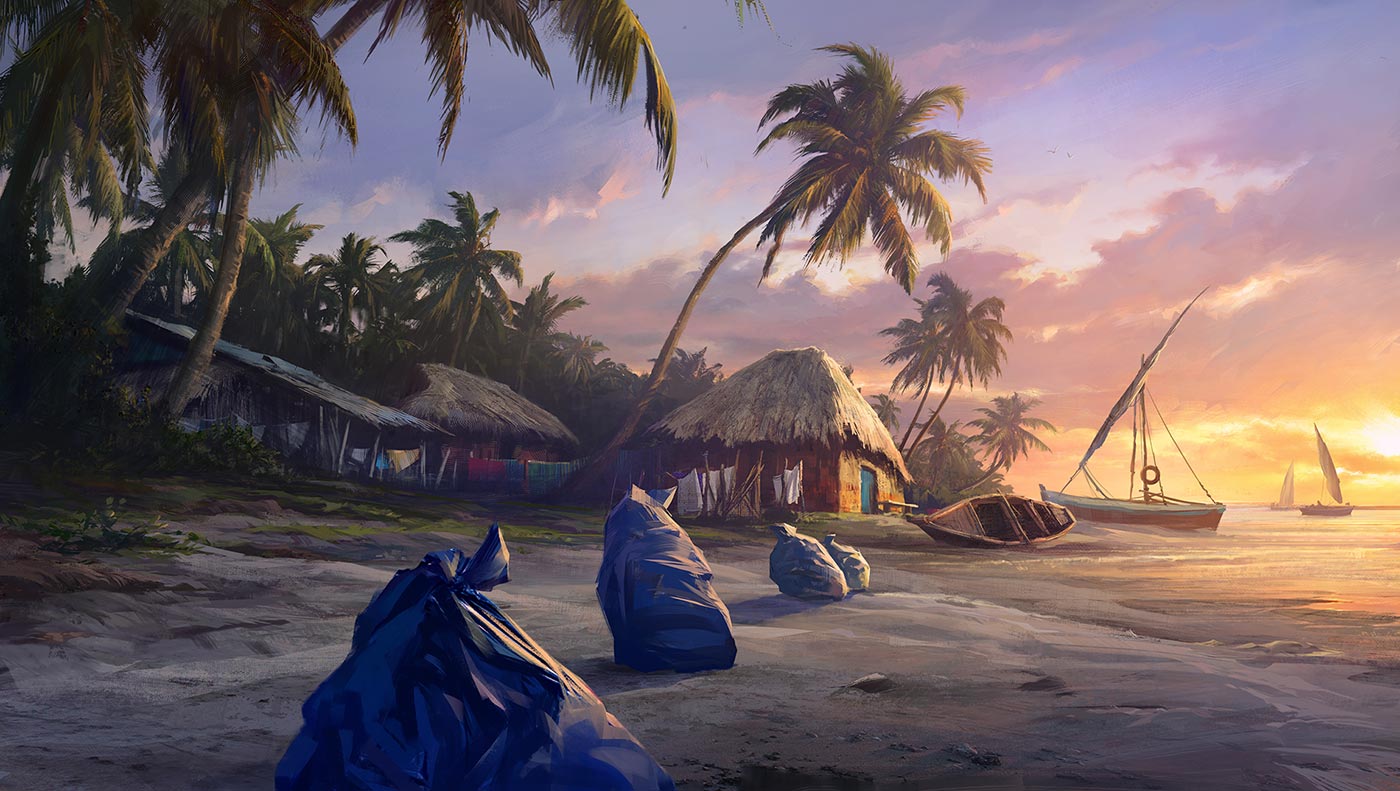 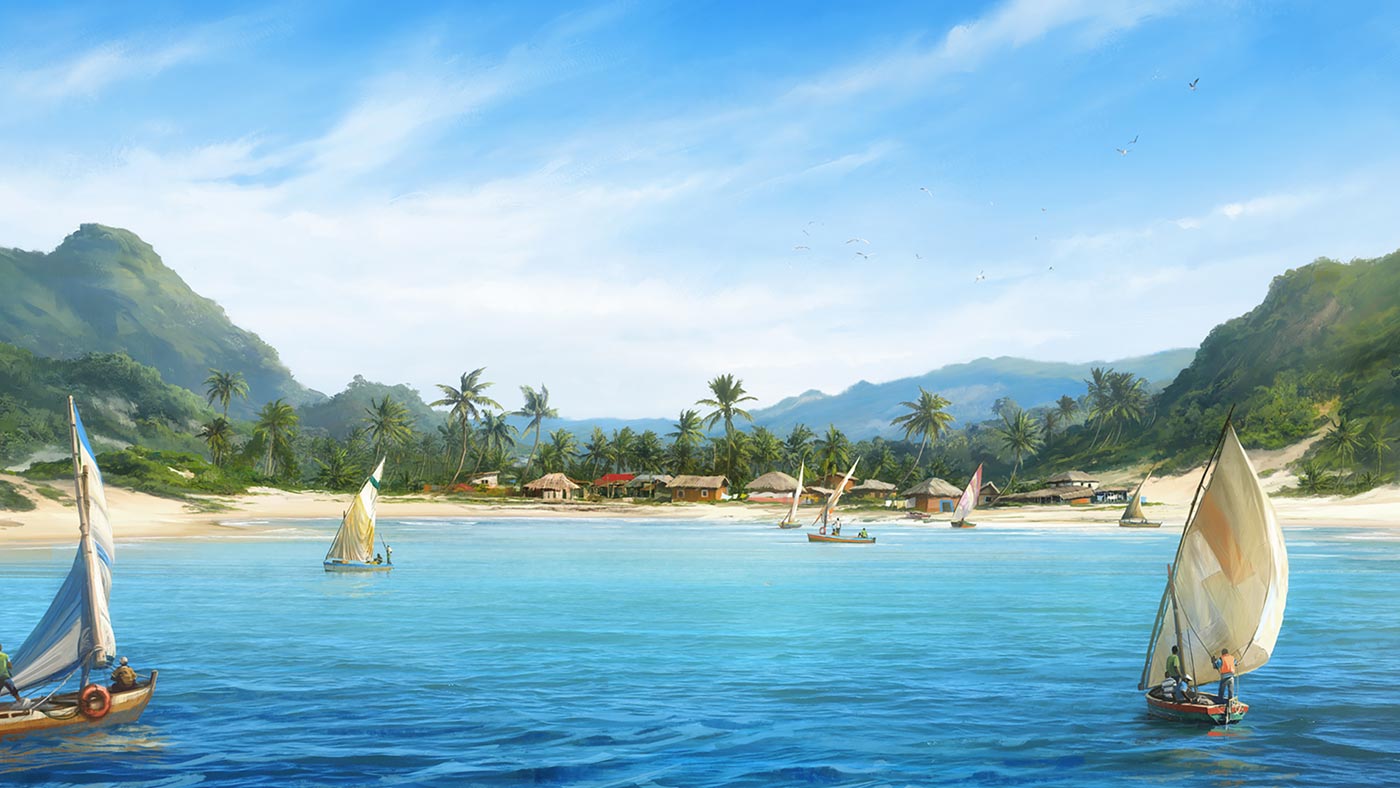 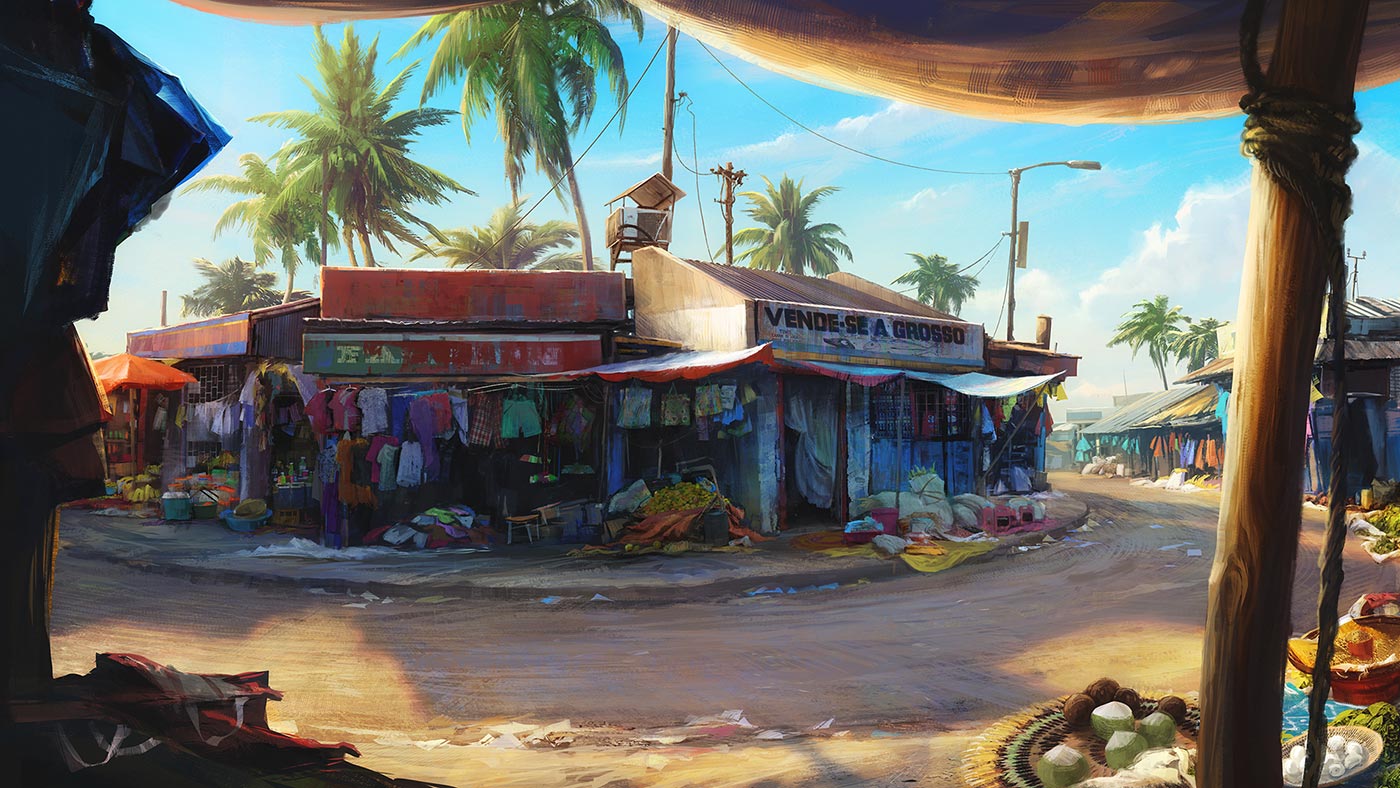 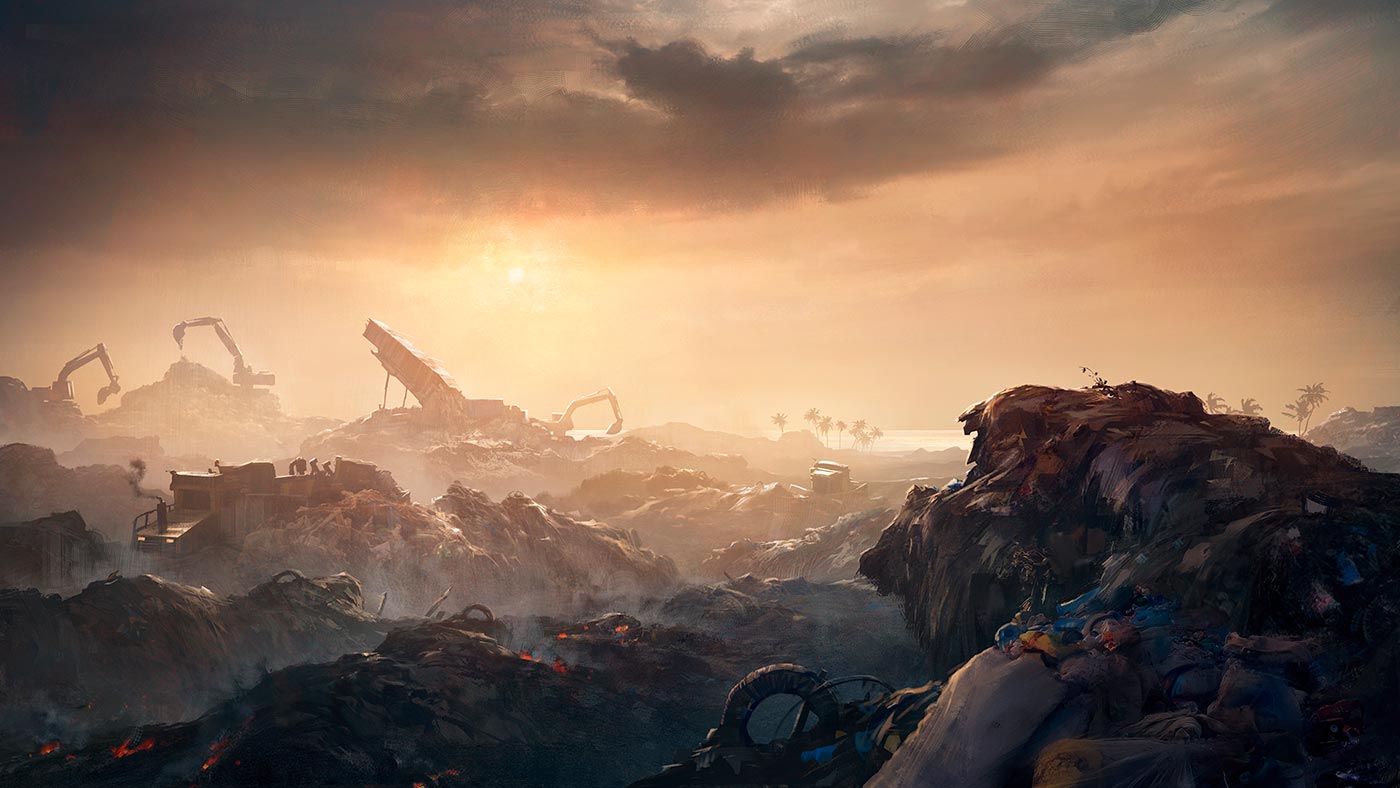 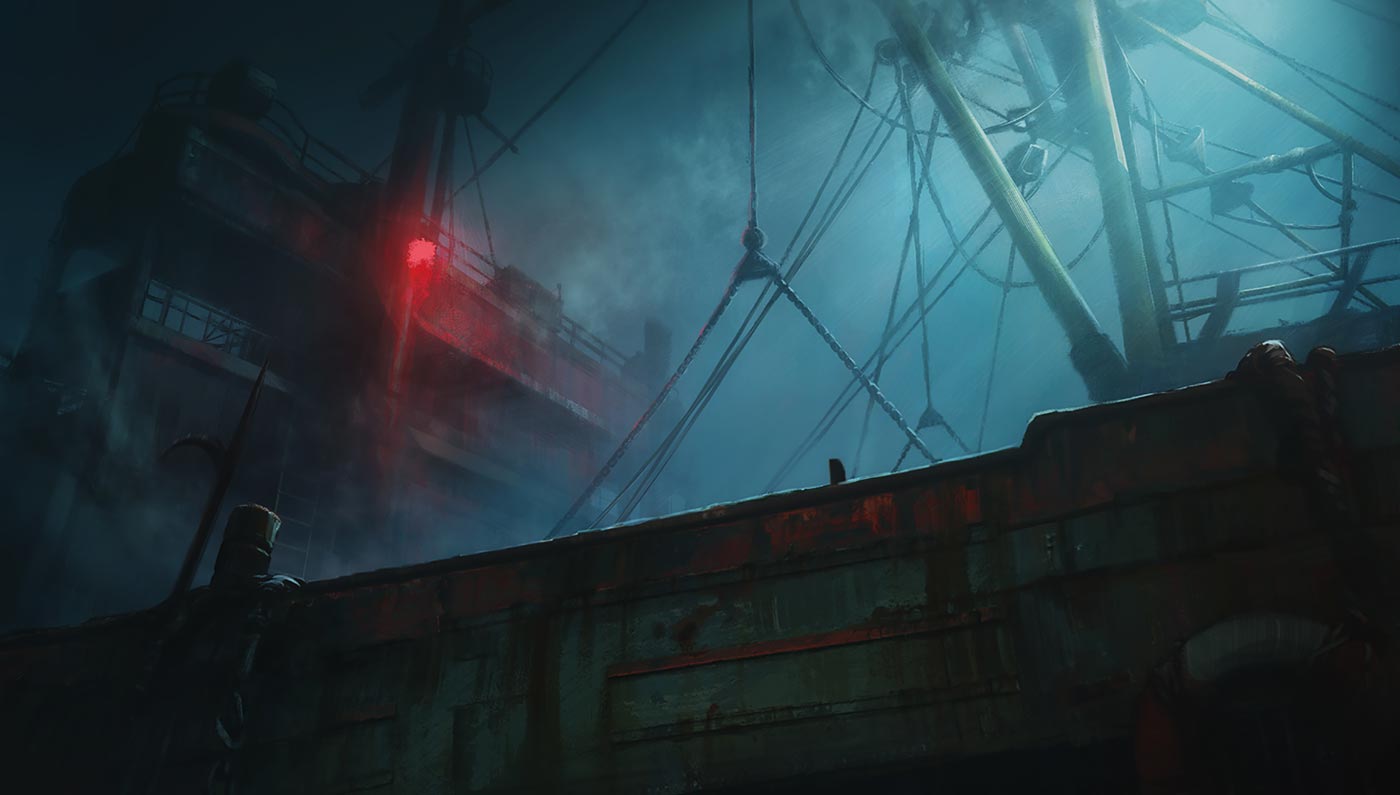 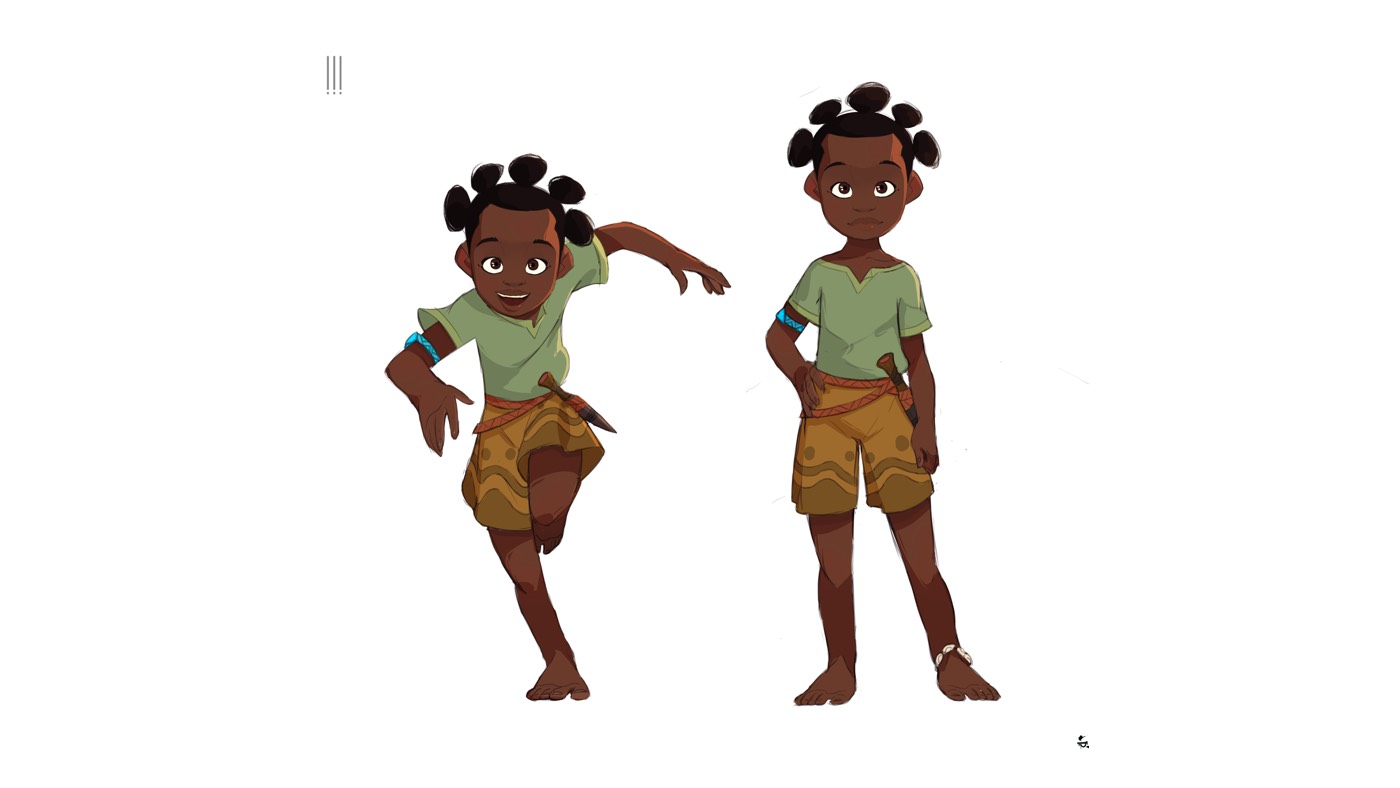 Lucan collaborated with Leaping Rhino to integrate Unreal Engine into our studio workflow, not only to bring Isaura to life but also to build upon this pipeline for future projects.

Our overarching goal with Isaura, on a technical level, was to render all the shots directly in Unreal Engine (using Sequencer) in order to shorten our feedback loop and increase the number of iterations we got to spend on each shot and to build a pipeline that can be used for other development & commercial projects and eventually use Unreal Engine for the roll out of the series for Isaura.

Isaura is a stylized 2D animation that relies heavily on creating hand-painted layers in Photoshop which is placed on cards or is projected as textures onto 3D geometry and is eventually imported into Unreal Engine via our “asset packages”.

Isaura was rendered at 24fps with smooth camera movements (rendered on 1’s) but most other elements (sprite animation, particle systems, etc) ran at 12fps (rendered on 2’s).

The Isaura content creation workflow starts in Photoshop with hand painted layers and TV paint for hand drawn animation, ToonBoom & After Effects which was imported through cards and assets then imported into Maya for layout, asset prep, geometry and camera animation.

Assets are exported from Maya into, what we call, an asset package. Asset Packages form the backbone of our content transport into Unreal Engine. An asset package, on disk, consists of a USD file (package descriptor) that references an alembic cache for each “sub-asset”. The USD file also contains various pipeline-related and asset-specific attributes that we need in order to reconstruct the asset hierarchy and layout inside of the Unreal Editor. We also export animated attributes (such as node transforms and camera properties) to the USD file.

Upon importing the asset package into Unreal, we imported each geometry “sub-asset” into the project as either a geometry cache or a static mesh, depending on whether it contains animation data or not. If the geometry had texture assignments in Maya, the relevant textures will be imported and assigned. The import process also creates a Level Sequence asset and populates it with animation tracks for the asset package.

Here is the full process for a shot, from animatic to exporting from Unreal.

The animation process from animatic to final export.

We went through a relatively short RnD phase to cover as many anticipated technical aspects of the production as well as develop tools to automate workflows and laborious tasks.

Below are some tools we developed for Isaura in the Engine.